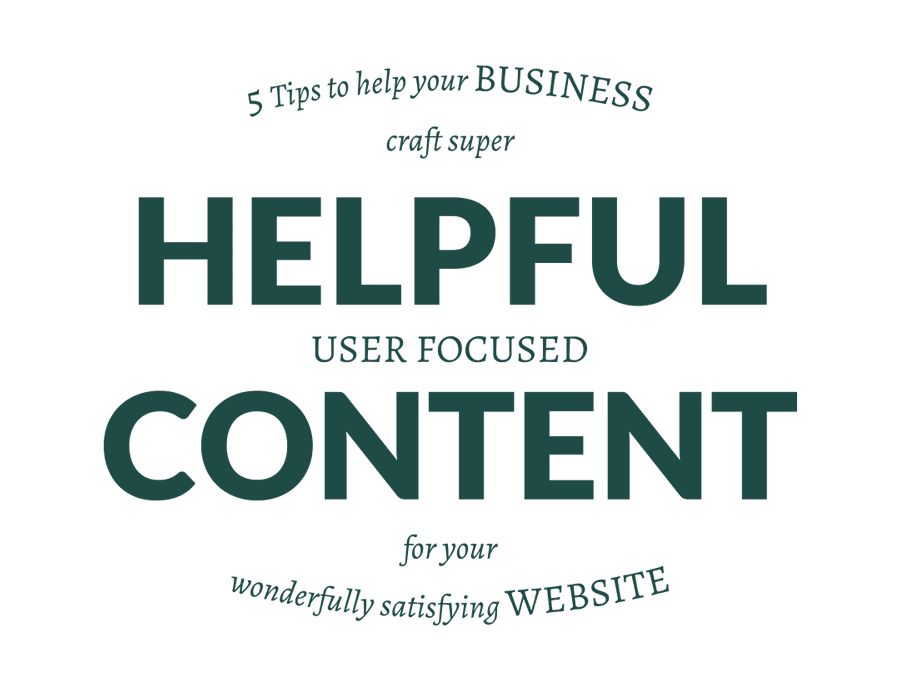 What’s the fuss about?

This means they changed the way they calculate where your website will appear in their search rankings. If at all.

Now, Google makes changes all the time. (in one year as many as 9 per day on average) and they don’t usually say anything.

So when they make a fuss about it, the search community tends to sit up and pay attention.

Before having a good chinwag about it throughout the aftermath.

The last time we wrote about something similar was back in June 2021.

If you haven’t already seen it, you should check out Rumble in the Rankings because it is still relevant today.

But right now we’re going to discuss this latest set of changes.

We’ll discuss how it could affect your website rankings and give advice on what you can do to improve things.

This Google update is called the Helpful Content Update (HCU).

Kind of gives you a hint as to what it’s all about, but let’s dive into a little more detail.

What’s in a name?

While we’re big fans of the odd animal appearance here at Nettl, previous updates named Hummingbird, Panda, and Penguin don’t give you many clues.

The title of this update is more in keeping with previous ones like ‘Page Experience’ and  ‘mobile-friendly’.

Some people say it helps Google appear more helpful in itself. But perhaps it goes even deeper than that.

In fact, they not only gave it a nice straightforward name but also approached this differently.

That last one is important because it’s a clever marketing tactic often used to help get your message out there.

You can use the same approach if you’ve got a special upcoming announcement.

Leaking news ahead of time to influential people in the industry means they’re more likely to report on this ‘exclusive’.

So Google seemed particularly keen to educate everyone on their new development.

Maybe it’s just their age. Or maybe they’re looking for the message (and guidelines) to resonate much deeper than your usual industry gaggle.

Perhaps they’re hoping to reach YOU.

And as you’re reading this then they can chalk that one up. Score! 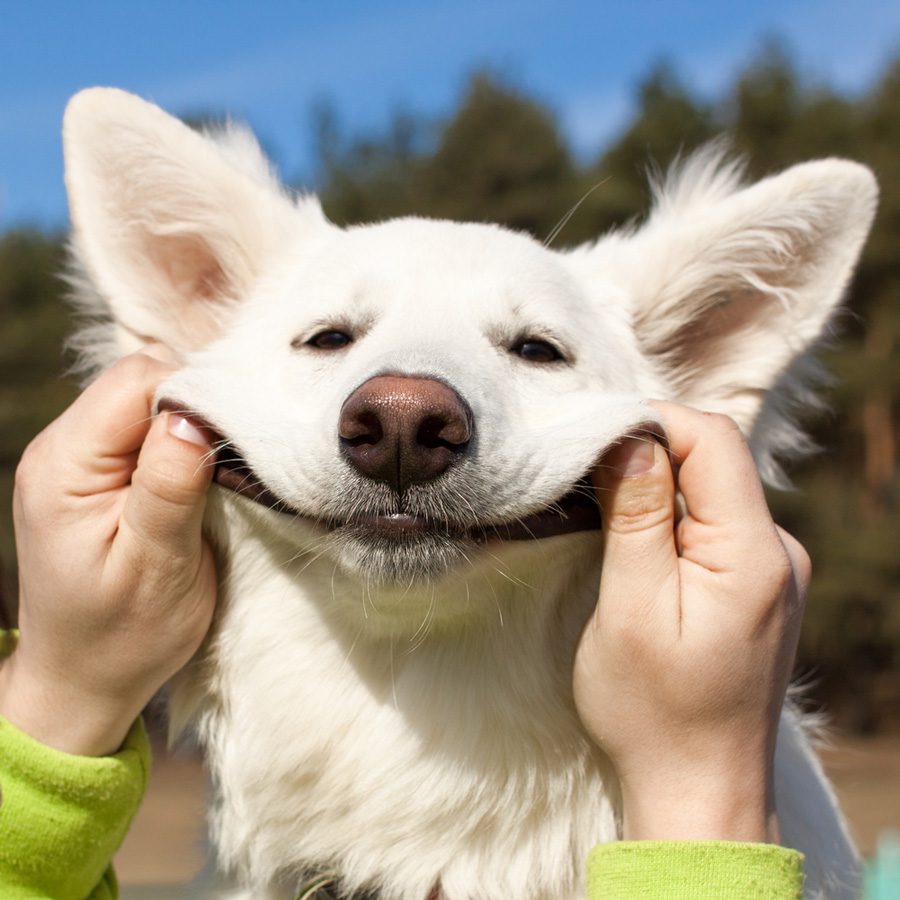 As they’ve gone out of their way to be transparent, let’s hear it from the horse’s mouth.

“The helpful content update aims to better reward content where visitors feel they’ve had a satisfying experience, while content that doesn’t meet a visitor’s expectations won’t perform as well.”

Ooo, that’s interesting. They said ‘had’. Past tense.

How do they know if someone has had a satisfying experience?

Well, Google can count upon user signals such as

So the advice is not new.

But maybe Google is better prepared to mark your score sheet. 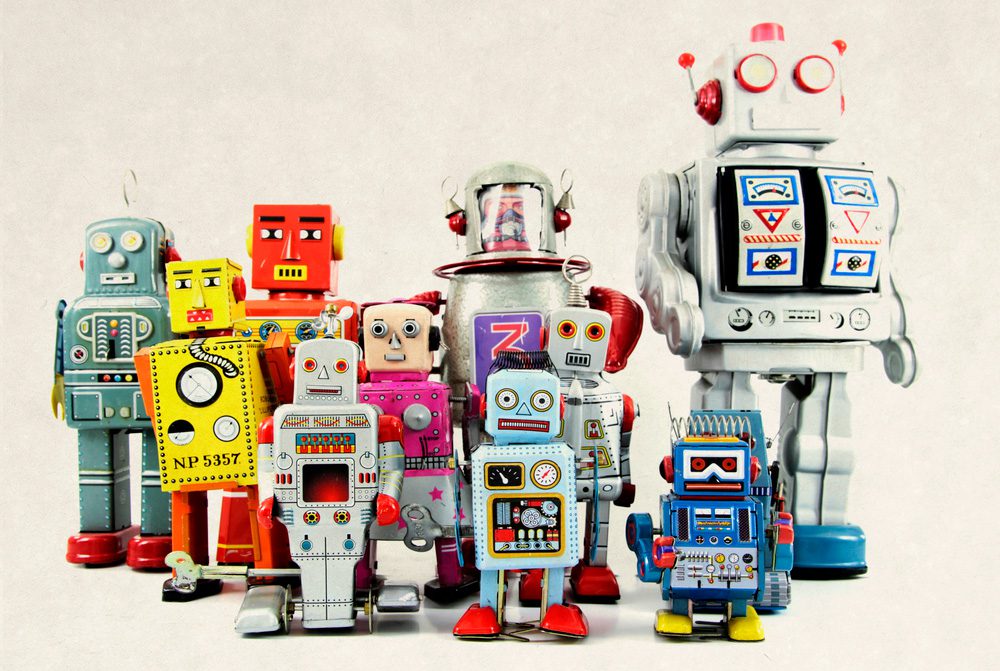 What else has Google said about the Helpful Content Update?

In a nutshell, they want to reward content written for humans. Not bots.

And not using extensive automation to produce content on many topics. 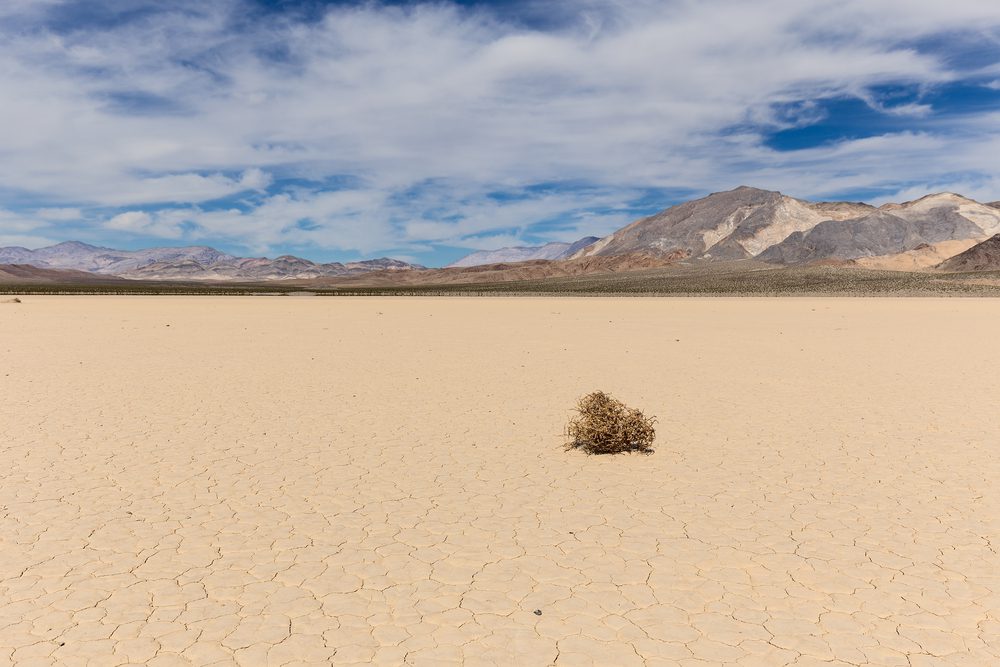 What impact has the HCU had so far?

In all honesty, not much. Most reports suggest this update hasn’t caused as many shockwaves as previous ones.

Everyone is different of course. Some website types appear to have been hit harder than others.

If that’s the case, why should I care?

Well, in general, ranking changes certainly seem to have been less volatile.

But that’s only so far.

Google has specifically talked about this update being part of an ongoing process.

So it’s likely they’ve only just started to lay the foundations. Or the first floor at any rate.

Either way, when Google start down a path like this, they’re unlikely to dramatically change course.

In fact, they’ve been tweaking the same ‘user-experience’ narrative for decades.

This 2010 article discusses their HEART framework for measuring user experience on a large scale.

But for now, to briefly summarise, here are five metrics used in the HEART framework:

Remember, Google search users aren’t YOUR customers. Not yet anyway.

They’re Google’s customers. (Or Google’s product, depending on how you look at it).

But either way, Google will do whatever it can to serve its users.

How? By recommending the most relevant, helpful, and trustworthy websites related to the user’s query.

Align your goals with Google’s goals and you won’t be too far off-target, whatever update is next. 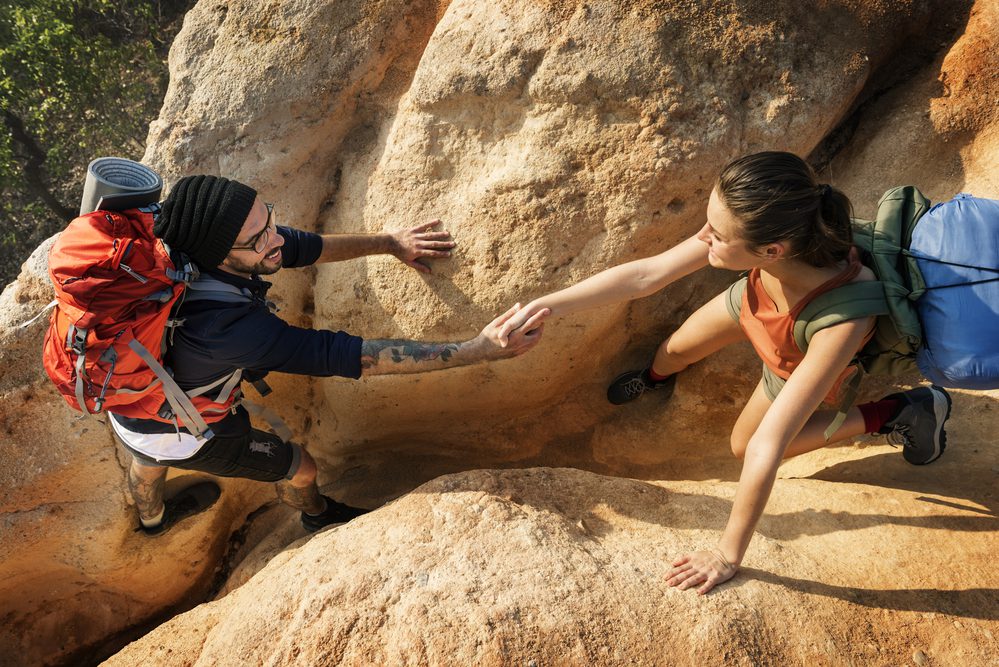 Simply be of service to the best of your ability.

That’s about aligning user goals with your website capability.

Or, to put it simply, making sure users can easily do what they came to do.

Once you understand this, it becomes all about mystery shopping yourself. And your competitors!

Look for ways to better satisfy the user. 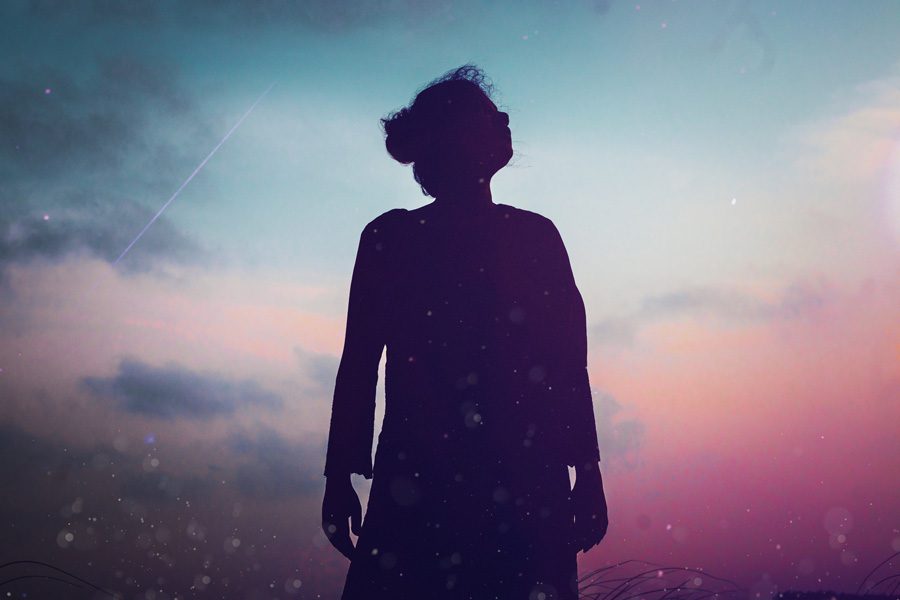 No doubt you’re an expert in what you do.

But are you an expert in what your potential customers *think* you do?

Are you up to speed on

If not, or even if you just need a refresher, get that customer hat on again and go exploring.

Perform Google searches on the keywords and phrases that you would like to rank for.

You can discover this by assessing what results in Google is showing. Are they transactional, or educational?

If the search results feature mostly comparison and review pages, then your content should be aligned with this.

An educational step-by-step guide on how to build the perfect pergola?

Take some time to carefully browse each of the top-performing websites and see what issues they are addressing.

Don’t forget to check out the ‘People also ask’ and ‘Related searches’ sections of the search engine results page for more ideas.

Finally, if you have time, you should plug some of these keywords into Google Adwords’ Keyword Planner.

You can get information about the volume of monthly searches, competitiveness, and comparative PPC cost.

This data can help you plan and prioritize your work. 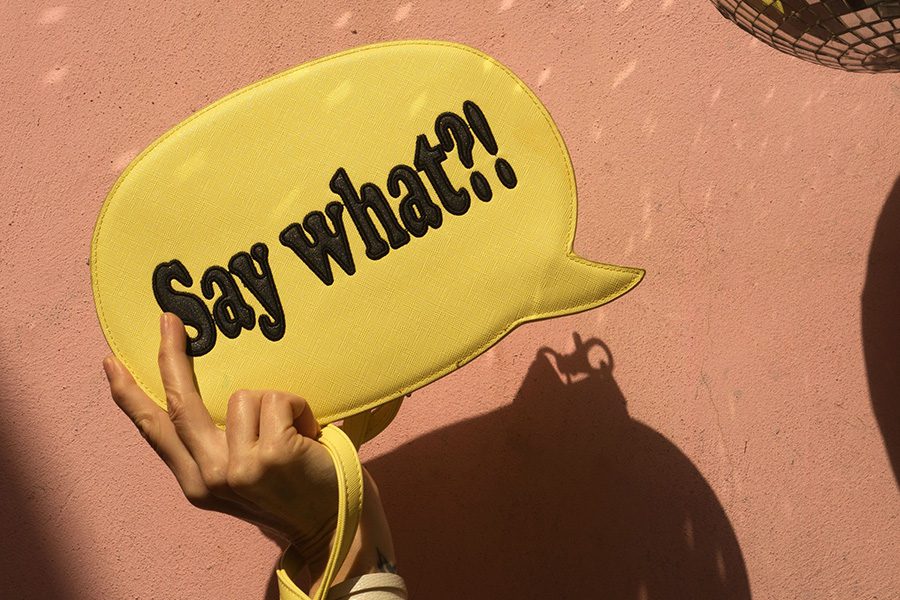 #2 Say what you’re gonna do

Just like in all marketing, you should aim to sell the next step.

Something has brought the user here, to a particular page on your website.

Now your job is to help reassure them that:

So use short introductions to explain what you’re going to talk about and why that might be useful.

This approach helps to manage expectations, a fundamental area of user satisfaction.

And perhaps #2b should be ‘Get to the point!’

We’ve all experienced scrolling frantically through lengthy content to find what we came for.

“When the author tells you their life story before getting to the actual recipe.”

Pretty sure this was one of the main motivators behind Google’s featured snippet.

People read differently online. They scan passages of text to make sense of it all.

So aim to make your content easy to read. Even if it’s fairly technical.

Typically, users read less than 30% of the page, and this is mostly the top section and headings.

Attention declines dramatically as they move down the page.

(So thank you for still being here, it’s appreciated).

But this means it’s a good idea to put the most important information first and get your message across in the headings.

Here are some quick takeaways: 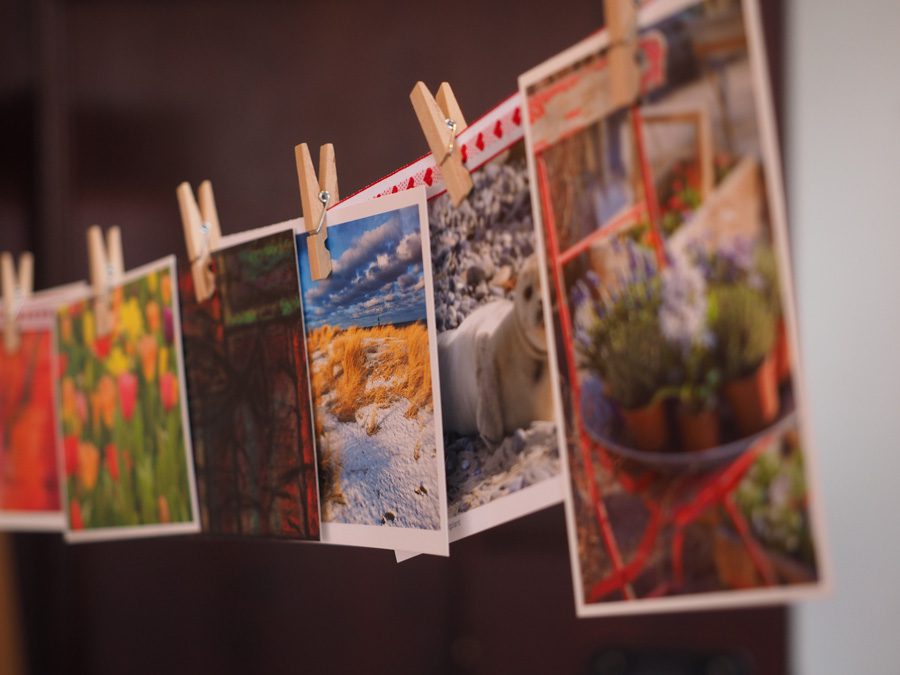 We just mentioned how it’s important to break up text-heavy pages with images or videos.

This gives you a chance to further enrich your website with useful images, videos, or audio content.

Include guides and reviews to help people choose the best solution.

Your images could be any manner of things. Not just photos.

If you are using photos, make sure they’re decent.

Smartphones are great but they don’t make everyone David Bailey. 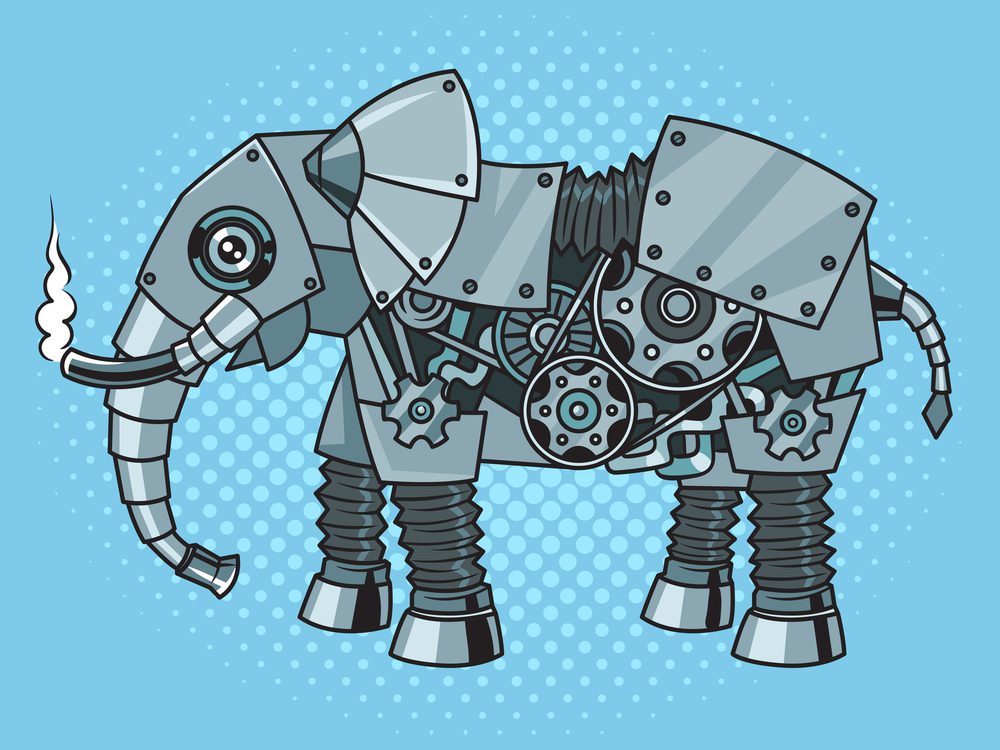 #5 Avoid the artificial elephant in the room

AI tech has gotten so sophisticated lately. Some of the visuals are truly amazing. Not all, mind you…

Here is DALL-E 2 working up an image of 7 engineers in front of a whiteboard.

Eeesh. Don’t put this one on your meet the team page. 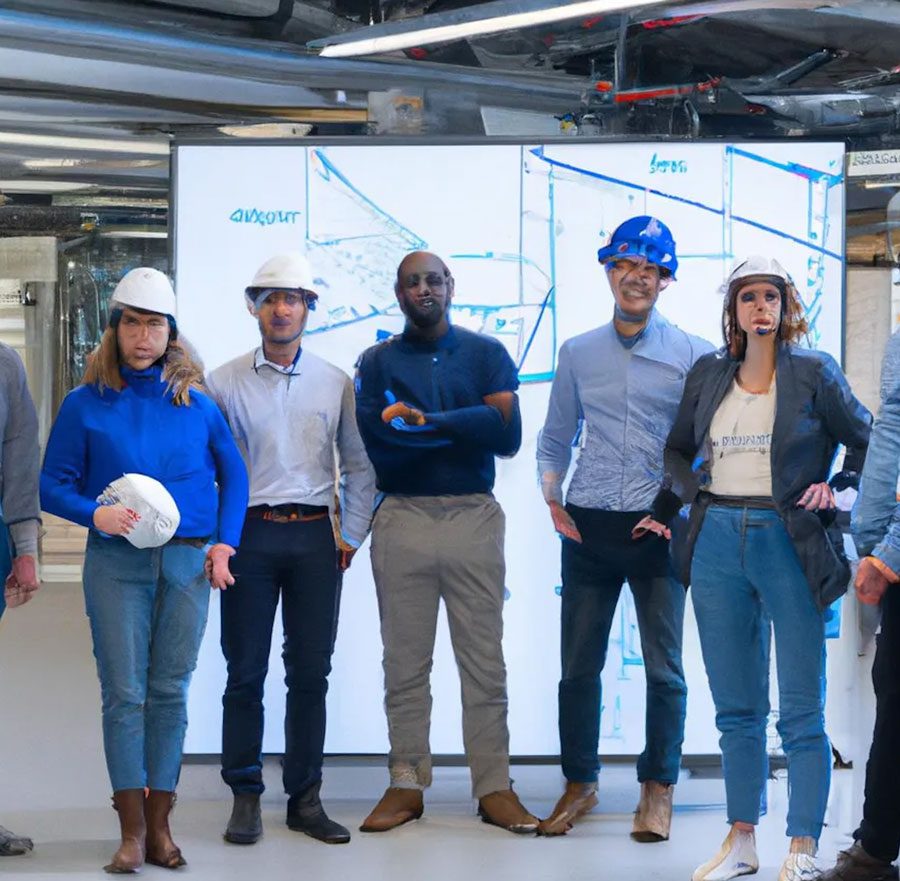 Again, some. Not all.

But if you really want to connect with people on a human level, a deeper level of emotional intelligence is needed.

If you want to accurately portray your brand and your character, you’ll need to craft something unique. 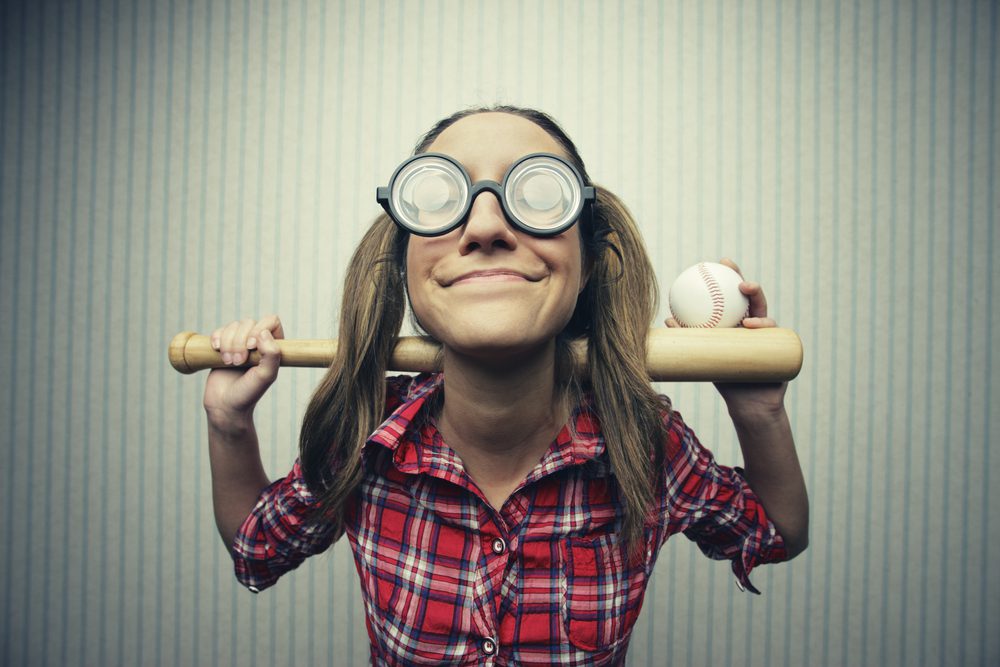 Bonus: Stay ahead of the curveball

As with all Google updates, we never know how search results will be affected and what will happen, but we always write our content with a human focus.

Content written for our SEO packages is no different. It’s people-first content, guided by SEO data and search trends.

We never over-optimize or spam content full of keywords.

The end goal is to always satisfy the searcher’s intent, answer their questions, and provide useful information on a given subject.

We hope you have found this article helpful.

If you need a hand with your website or marketing, we’re here for you.

Simply get in touch with your local studio.

Find your nearest Nettl
Back to Cool